5 Ways To Make Your Next Photo Stand Apart From The Rest. Part 3: Motion

At long last, here is the next part in our popular series, 5 Ways To Make Your Next Photo Stand Apart From The Rest. In this part, we’re going to be looking at all the various ways that you can use motion in your photographs.

Most photographers tend to think of motion blur as a bad thing, something to be avoided at all costs. In some cases, they’re right – but motion blur can also be a powerful creative technique if you use it carefully. Let’s take a closer look at how you can use it in your own photos!

Long exposures are more or less exactly what it says on the tin. Usually for a sharp focus shot, you can get away with shooting handheld at 1/60th of a second, or even 1/30th or 1/20th if you have a lens with good image stabilisation and steady hands. For most long exposure shots, you’re going to want much slower shutter speeds.

The shutter speed you select will depend a lot on your particular scene and how much blur you want, but most long exposures are at least a second long – though some last all night! In order to get the effects we want, it’s best to take long exposure shots with a tripod.

That will keep the static elements sharply focused while allowing any moving objects to blur, which provides a pleasing contrasting effect.

Water is a popular subject for long exposures and with good reason. It can create magical, ghostly landscapes with very little effort, and it’s just about everywhere!

Waterfalls are a great example, although the effect has been used quite a bit by landscape photographers. A long exposure of 3-5 seconds blurs the entire course of the waterfall into a glowing, smoky trail that barely resembles the waterfall itself. It’s a cool effect and a great way to experiment with long exposures, but remember that it might not not be enough for a striking photo on its own.

Rivers and shorelines can also benefit from long exposure effects, especially if the waves are particularly rough. A seascape sunrise with interesting foreground and a beautiful sunrise/set can be made even more striking with a carefully-timed long exposure that captures 2-3 waves blurred together.

You’ll have to match your timing carefully to the situation, but it’s lots of fun once you get the hang of it! 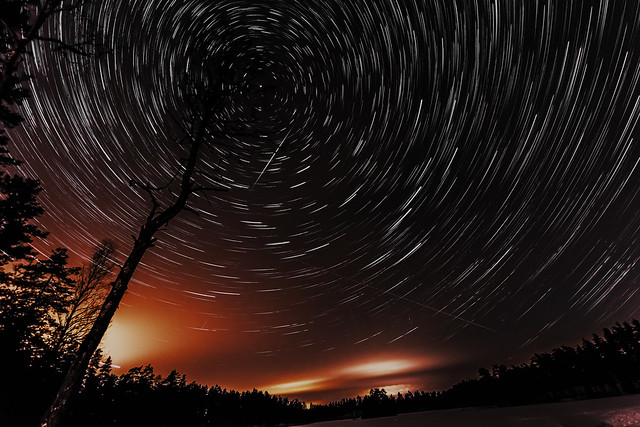 Another great use for long exposures landscapes is the popular ‘star trail’ effect. Thanks to modern digital cameras and their excellent low-light sensitivity, it’s relatively easy to capture a night-time starscape. When you combine this with an extra-long exposure time, the rotation of the earth traces out the apparent paths of the stars across the night sky.

In order to capture the star trail effect at all, you’ll have to use an extremely long exposure of 15 minutes or more. But to really see the full effect, you’ll probably need to use an exposure that lasts the entire night.

Many cameras are limited to an exposure time of 30 seconds, but if your camera has an exposure setting called ‘Bulb’, you’re in luck. Essentially, this keeps the shutter open indefinitely until you release the button. But since nobody wants to sit up all night with their finger on the shutter button, you can buy a remote shutter release that lets you lock the shutter open.

Starscape bonus: If you’re lucky enough to be a place with low-light pollution, you might be able to capture the rest of the Milky Way galaxy in your shot! 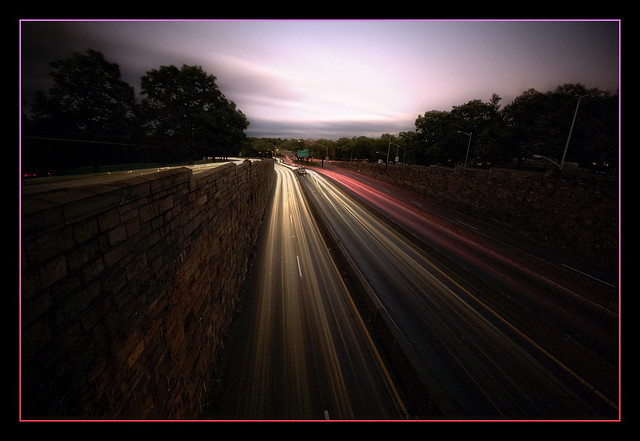 It isn’t just naturescapes that can benefit from long exposure photography. If you’re in the middle of a big city, you’re surrounded by motion all the time and with a bit of creative thinking, you can turn it into beautiful photographs.

One of the most popular subjects for long exposures in the city is a busy road at night, where the headlights and brake lights blur together to form long glowing trails, but that’s just one possibility. A busy pedestrian thoroughfare can provide just as many interesting opportunities, and you get to spend some time people-watching to boot!

It’s also interesting to try long exposures of a single, more isolated subject. A cyclist moving fast along a bike path can provide some interesting subject matter for motion blur, especially when combined with a striking background. Differences in relative motion between multiple subjects can also be appealing if you time it right, but it’s up to you to find a great way to use the idea. 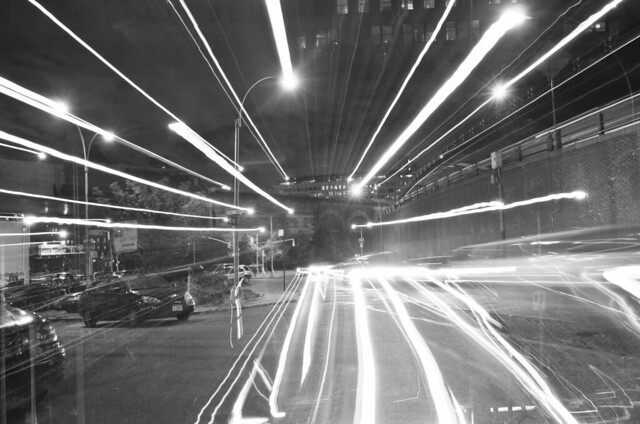 In addition to typical long exposure effects that you can get just using a tripod, there are a couple of other creative ways to use long exposure photography. These are a bit trickier to get the hang of and even trickier still to do really well, but if you can master them you’ll create photos that will stand head and shoulders above the rest!

To use zoom effects, you’ll need to have a zoom lens with a relatively wide focal range. 18-24mm range might not create a large zoom, but 18-100mm or 70-300mm can create far more dramatic effect.

The trick itself is simple: while your shutter is open, you adjust the focal length of the lens! This creates a radial zoom blur (like what you can accomplish in Photoshop) where the central part of the image remains static, but blurs outwards from the center in radiating lines.

Last but not least, it’s possible to turn long exposures on their head and use an exposure that barely counts as ‘long’ while actually panning the camera. For example, imagine a cyclist going past you at speed.

If you can pan the camera perfectly along with their movement, the cyclist will stay sharp but the entire background will blur, creating a serious feeling of speed and motion. It’s extremely difficult to get right, but when you pull it off, you’ll see how amazing it is!

Remember: these are just some of the ways that you can use motion in your photographs. The most important thing to do is to look at the scene in front of you in a creative new way, and think about you can use the motion to your advantage. Enjoy!