Photoshop Tutorial: How to selectively boost vibrance and saturation 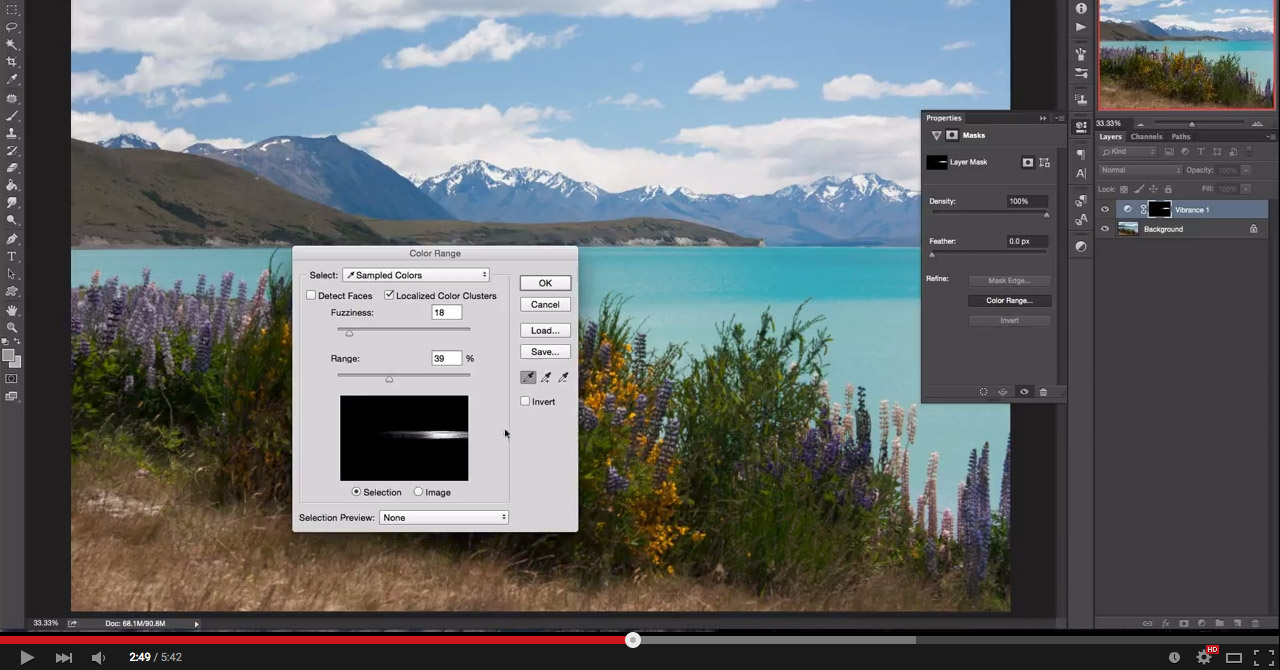 Time for another quick video tutorial, this time I’m showing you a quick and easy way to make a slightly more accurate selection inside a layer mask so that you can selectively increase/boost vibrance in a shot.

The important thing about this technique is that it’s a layer masking technique – which means you can use the same idea on any other type of adjustment layer.

In this example though, we’re using vibrance.

Got any questions about this vid?

Let me know in the comments section below!

Hi it’s Steve Arnold here.
This quick video is to show you one way in which you can selectively increase the saturation of one part of your image without affecting the the rest. So it’s a layer masking technique, but you know which means I’m showing you an example where we gonna be boosting the saturation or vibrance but you know you can use this on any other type of layer that has got a mask.

For this example like I said we’ll pick vibrance as the adjustment of choice and will start off just by increasing the vibrance slider there to increase the vibrance of the image in it’s entirety. So we can see, if I toggle this Off and On, we are affecting the whole image.

One way we could go is, just to take brush into the layer mask and restrict this effect to only the sky just using a brush with brush strokes and this way is a little bit more.. well actually can be a little bit easier and also being a little bit more accurate.

So what we need to do first is just double click on the layer mask icon in the panel over here and that will open the layer properties and if you’re using one of the later versions of Photoshop then you should see similar options to here and one that we’re going to pick “Color Range” and when we do that what happens is we get colour range tool, which is usually also available under Select menu. But doing it from here, we’re actually gonna load the result directly in the layer mask of this layer. 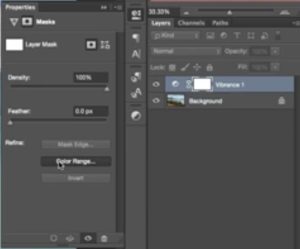 So just a quick overview of how this all works: we got two sliders – fuzziness and range. What happens when I move the mouse outside of the this window here, turns into this eyedropper tool and then if I click with this Eyedropper tool in the Blues of the water over here, what happens now over here in the preview window is that we’ve created a selection is based on that blue which I clicked on.

At the moment this selection also includes blues that are kind of similar to the blue which I originally clicked on and just how similar the Blues are that will be included in that section, well that’s controlled by this fuzziness slider. If I reduce the slider right down to quite a low value here, you can see that reduces this selection quiet quite significantly. So what we’re seeing here is, the white part in this window here that represents the colors really only very close to the original blue that I’m clicking on. So here in the water, there we can see is just a thin strip of that kind of turquoise colour.

If I click up here in the whites of the cloud then yes same thing, it’s just selecting the whites, though very close to that original white I clicked on and if I increased the fuzziness it’s gonna kind of expand that range to include more colors which aren’t quite as white in this case or if I click over here, not quite as blue.

And then the other parameters this range – This controls like how far away from the original point which I clicked on in terms of distance that we are going to select.

So you know, if I make this right down here then it’s only going to select a very small circle or it’s only gonna select the Blues within a very small circle from where I originally clicked. So as I move around there you can see the selection moving around and then the more I increase the range the the more of the image it’s going to kind of cover. So I will keep this like on a middleish value, start off with a fuzziness around about 50 will probablly do and for this example, we said if we remember back to the start of the video, that I want to increase the brightness or the vibrance, sorry of the sky.

So will click once up here in the sky and done a pretty good job here; the stronger the white color in this little window here the more it selecting. It’s got quite a lot of sky and bit too much in the mountains here, and this blue in the water. So I will just reduce the fuzziness to see if we can remove some of that and that’s probably close enough so I quite like this selection now.

So I just click OK. What happens when I do this is gonna take what’s in this window here and load that directly into the layer mask of this vibrance layer, so if I toggle this off and on again you should see now that the adjustment really is only affecting those blues in the sky. 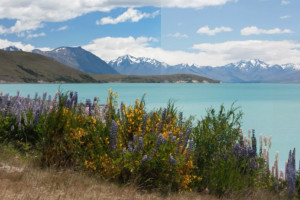 Figure – 2: After and Before