The 3 levels of exposure blending 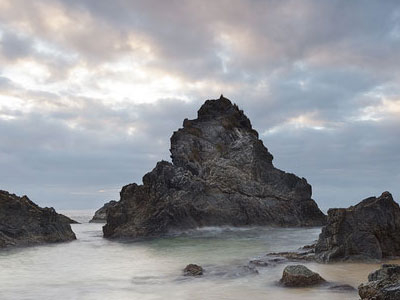 What level is your exposure blending at?

There are many ways to do things in Photoshop, which is great because it’s so flexible.

But not all ways are created equal.

Sometimes, the simpler and quicker way will work just as well as the more complicated alternative.

But a lot of the time you might just need to go all-in if you want to get the best result possible.

Merging two or more bracketed exposures shot at various exposures to capture the entire dynamic range of a scene.

There are basically three levels of difficulty when it comes to exposure blending.

And there is a direct correlation between difficulty and how good the end result will be.

It’s convenient because you just let the plugin do all the work, but the downside is that you lose most of the control over how it turns out.

You might get a decent result, but there’s always an element of luck when you’re letting the software do it all.

Loading each exposure into it’s own layer and using a brush in the layer mask to blend them by hand.

It works great for simple transitions between the bits you’re blending… Like along a straight flat horizon.

And the result could end up looking something like this:

Note the “burned” edges around the top of the rock.

It’s caused by the inability to get perfectly up to the edges with a normal brush in the layer mask when blending in the brighter exposure.

(In fact, if you’re trying to isolate any kind of adjustment to a specific complicated part of an image, you’re gonna need a more complicated layer mask.)

And that’s where luminosity selections come into play at Level 3.

Having a luminosity selection active when brushing into a layer mask lets you constrain your brush strokes to within an exact tonal range.

Or in English… It lets you brush into the dark bits without touching the bright bits – and vice versa.

In the above image, this would mean I could brush inside the dark rock all the way up to the edges with 100% accuracy and without touching the brighter sky.

Even if my brush strayed over the edges.

Like I said at the start, there are a lot of different paths in Photoshop that lead to the same destination. So in many cases it makes no odds which technique you choose to get a certain effect or result.

But when it comes to layer masking and exposure blending…

You really do get out what you put in.

So if you’re not already using luminosity selections in your workflow then my Luminosity Masking Mastery video course can show you the way.

Or if you want to just dip your toe first before taking the full course, sign up free for my Introduction To Luminosity Masking using the form below: