5 Ways To Make Your Next Photo Stand Apart From The Rest. Part 2: Time of Day 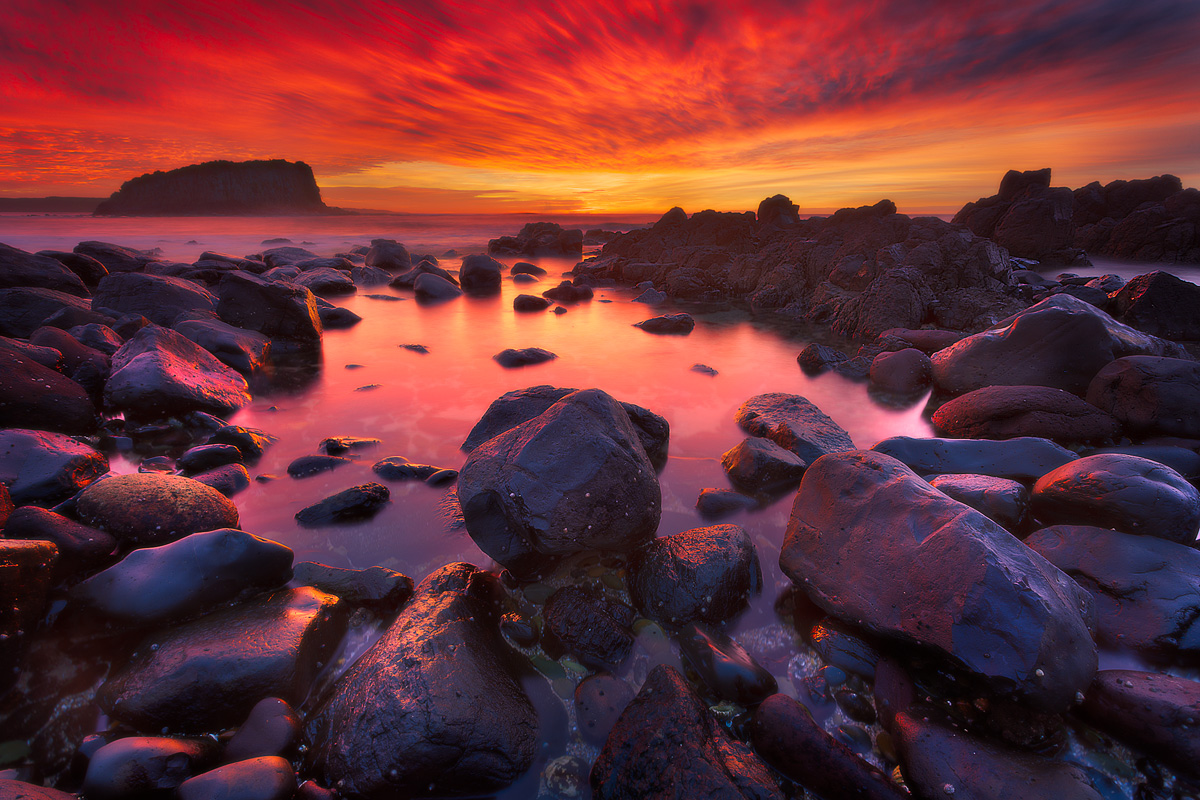 Part two of this five part series on how to make your photos stand out from the crowd is about how the time of day drastically affects the outcome of your images and how knowing this will help you make better photos.

To catch up with the rest of the articles in this series, click below:

I’m going to make a sweeping generalisation now and say that there are three distinct “blocks” into which the day can be divided.

Each has its benefits and the time of day you need to shoot in will depend on what it is you want to shoot.

Let’s break each one down…

1 hr either side of sunrise and sunset

Overwhelmingly the most popular time to shoot for any landscape photographer, and for good reason.

With the sun so low in the sky during the hour after sunrise and the hour before sunset, the light is cast almost side-on to the landscape and this helps to create texture and depth in your image.

The colour of the sunlight is warmer too, hence the name “golden hour” and this adds to the visual appeal of any landscape shot.

In actual fact, the strongest golden light and best side-lighting only lasts for a fraction of this so-called golden hour. The closer you are to sunrise or sunset, the stronger the effect will be.

Knowing this, if you can plan a shot for that fleeting moment when the sun is only just above the horizon (you may be surprised how quickly it moves!) then you’ll be able to capture a truly unique moment – and this will be reflected in the quality of your shot. 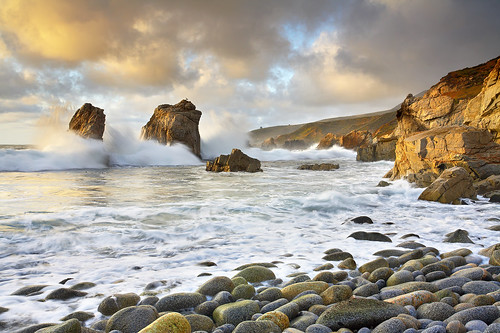 The same can be said for the moments before sunrise and after sunset, when the sun is below the horizon.

As long as there is some amount of cloud overhead, but not so much over the horizon that it completely blocks the sun, then they can reflect back an amazing array of colours from the sun.

Even though you can’t see the sun over the horizon, the clouds are that high above your head that they actually do have a “line of sight” to the sun, and the fact that the colour red has the longest wavelength means we see more reds than any other colour at this time when the sun is further away. Maybe I haven’t described this as well as others might… Click here to read a more succinct explanation.

In fact, on a personal note, the few minutes before the sun rises in the morning is my own favourite time of the day for photography. You could take away the other 23 hours and 45 minutes and I’d be happy as long as you left me the 10 minutes before and 5 minutes after sunrise 🙂 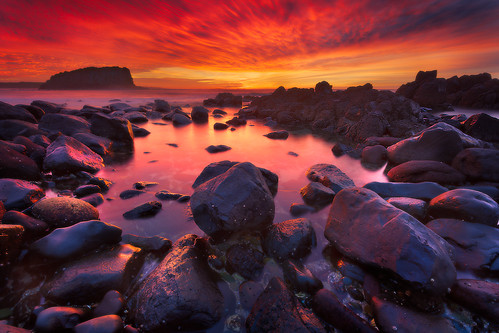 It’s not only landscapes that can benefit from being made at this time of day however.

Portrait photography can also look amazing when shot during the golden hours which is why you’ll find so many wedding photographers insisting that the late afternoon be reserved for the main shoot.

You’ll see those classic warm hazy looking shots either when the photographer uses the natural side-light from the sun or puts the sun behind the subject to create lens flare. 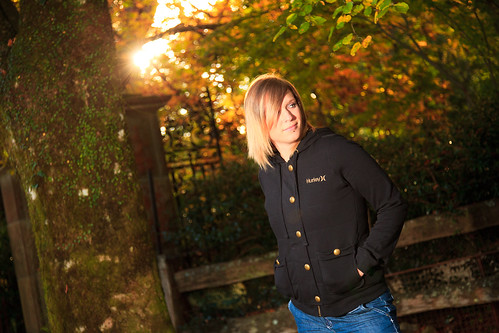 On top of this, I also love seeing portraits that have been taken after sunset where an off-camera flash has been used to light the subject… But I mention this just as a point of interest at this stage because shooting off camera flash portraits at sunset is a fairly advanced practice and warrants much more explanation than I can include in this post alone.

Before I get into this, I’d just like to say that I don’t “hate” the daytime… I’m not a vampire or anything like that… I don’t have anything against it – BUT, personally, it doesn’t inspire me.

I’m not going to tell you that it’s impossible to shoot a great photo when the sun is high in the sky, because there would be heaps of people out there who could prove me wrong… But if you want to shoot landscapes and make them as good as you can, why wouldn’t you make it easy on yourself and shoot when the light is best? i.e. sunrise/sunset…

All is not lost during the daytime hours however…

In fact, if you’re shooting portraits and you want to capture a nice soft skin tone in your subject, then a cloudy or overcast day is the prime time to do it because the flatter the light, the less harsh shadows there will be on their face/body.

And if you’re into landscapes and are lucky enough to have a bunch of nice big fluffy white clouds overhead, then it’s time to grab your polariser and start shoot’n for those beautiful blue skies and  pristine white clouds 🙂

I won’t say too much more about daytime shooting here because theres no escaping it, sunrise and sunset are better and you’ll be taking better, more interesting photos quicker if you just shoot at those times.

If you’re into landcape photography and you’ve not shot at night before, then you’re missing out on some really cool stuff.

Two types of shot that you can get at night, and which are relatively easy to do, are city-scapes and of the night sky.

Firstly, once you have got the hang of long exposures you can really start to do some interesting things in a city. Setting your camera up on a tripod and capturing the movement of people and vehicles on the street, or viewing the skyline from afar and watching the lights from the buildings reflect in a river or into the sky is a great way to capture a scene in a way most people won’t have seen.

Here’s a great example of using a long exposure to capture the lights of a bus painting lines into the shot as it passes in front of the photographers camera. 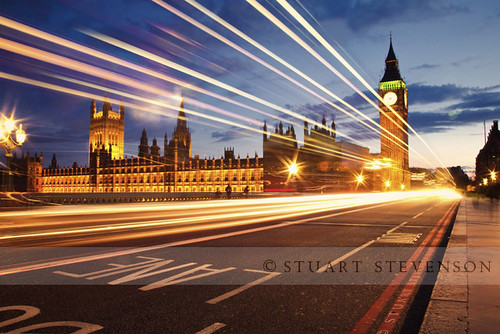 The Milky Way is another amazing sight to capture on a clear moonless night.

Whilst in principle it is fairly easy to shoot (simply set your camera to the widest aperture, the highest ISO you can bear until the noise is too much, and a 30 second exposure will be enough to get the milky way to appear brighter on your screen than you can actually see it by the naked eye), shooting it well is not so easy.

The difficulty comes with finding an area far enough away from any light pollution so that it doesn’t impede on your shot – and if you do have a bit of light pollution, being awesome at photoshop will really help 🙂

You probably wont create a masterpiece with your first attempt, but believe me, the first time you see it appearing in your shots on the back of your camera, you’ll be hooked! 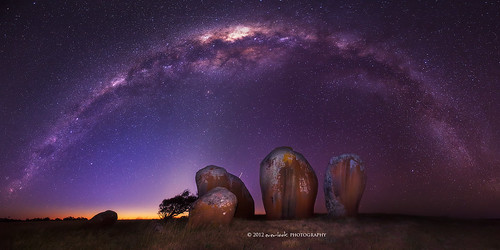 Star trails are another popular type of shot that will place you firmly in the “how the hell did you do that?” category of friends when you share them amongst your non-photographer friends on facebook 🙂

Again, you need a clear, starry night and the further away from light pollution the better.

Once the above criteria have been met, you have two ways of achieving the same result. The first is to put your camera in BULB mode and take a shot over at least 30 minutes.

The effect is created by the spinning of the earth which causes the stars to “streak” across the sky when you leave the shutter open for long enough to capture the movement, which is otherwise unperceived by our naked eye.

The risk here is that you are losing a lot of time if you messed something up, perhaps your focus wasn’t right or your exposure was off. To repeat the same shot with corrections made is another 30+ minutes down the drain.

The better approach is to take continuous 30 second exposures and then stack them using a free software called StarStax. This will give you the exact same end result, but with the benefit of only losing 30 seconds per “test shot” when setting up. All you have to do is set your camera to “continuous shooting” mode, turn off “long exposure noise reduction”, and then use a remote shutter release button to take a shot every 30 seconds.

An hours worth of shooting will produce 120 shots, which you can then stack in minutes using Starstax to end up with a really cool looking shot.

The direction of the trails will depend on which direction you are pointing on the compass. The closer towards either the north or south poles your camera is pointing, the more the stars will seem to revolve around a single point, and if you’re shooting directly east or west, the star trails will appear longer and straighter. 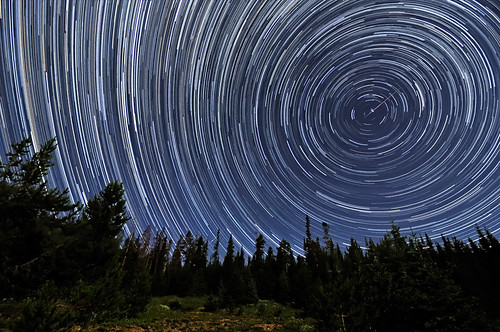 The key to shooting at whatever time of day you want, is to shoot it with intent. Don’t just go out, meandering around with your camera in-hand an shooting whatever you see… Plan your shoot, pick a location, subject, time of day, how the time of day will help you get the look you want in your shot – and then aim for that target.

That’s awesome.. What next?

Ok, so Photography Uncovered is all about taking ACTION, not just reading some cool stuff and then putting it to one side for later.

Here’s what I want you to do right now:

Only by practicing what we learn can we ever improve our photography, so make a commitment to yourself right now and plan your next photo shoot.

So even if you already knew everything I’ve written in this blog post, even if you’re an expert who just happened to stumble across my humble rantings, please just do one thing for me – Take action 🙂

Oh, and if you want to do two things for me, please use the social sharing options below to give anyone you know who can use this advice a heads-up 🙂